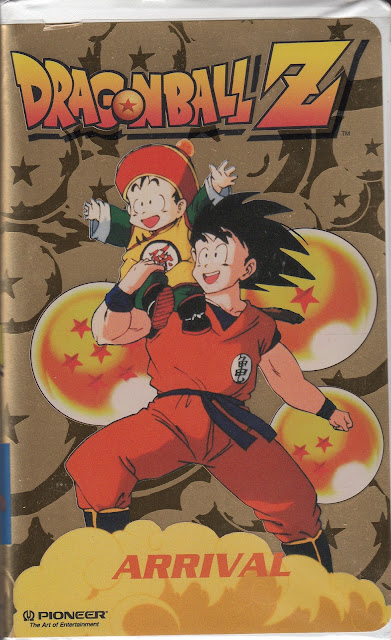 This was the first Dragon Ball Z VHS to be released in the North America via FUNimation and Pioneer. The first several episodes were compiled into an 80 minute feature. This release is really the bridge between the prior Dragon Ball series and what would come later in Z.


The VHS itself came in an over-sized plastic clamshell case. Though these particular cases took up more room, they were far more pleasing to the eye. However, this release suffers from the greatest sin a VHS cover could ever have: the description on the back is way too informative! It kills any surprise the viewer might have had while watching the video. Talk about needing a spoiler tag! 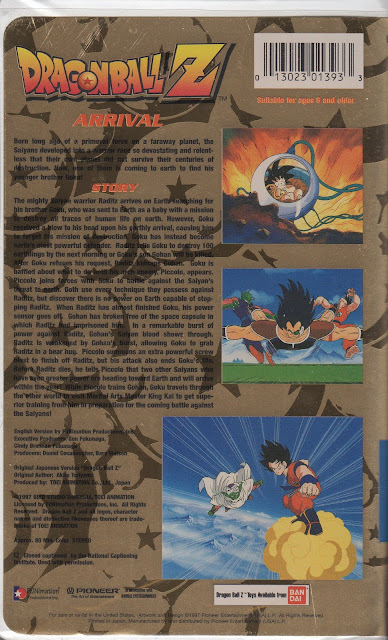